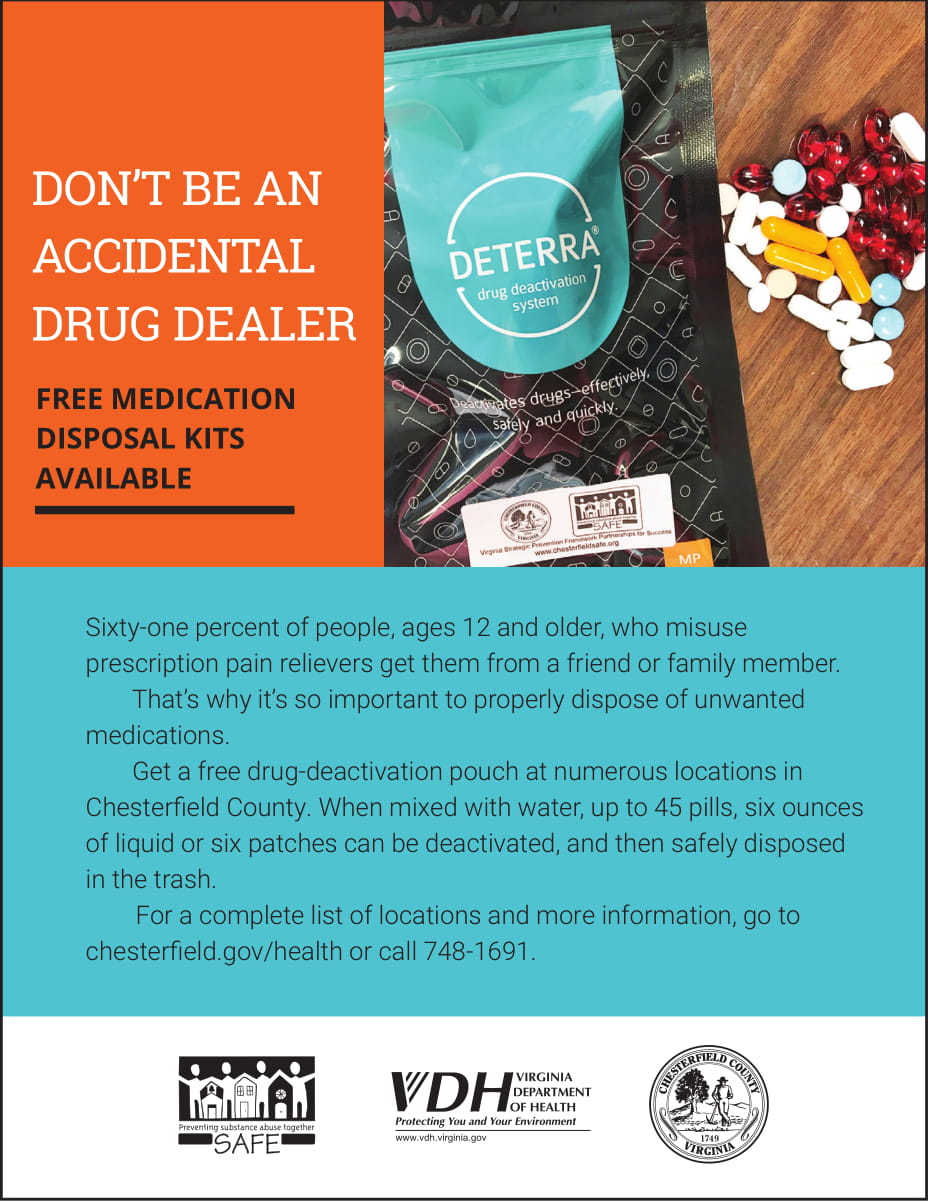 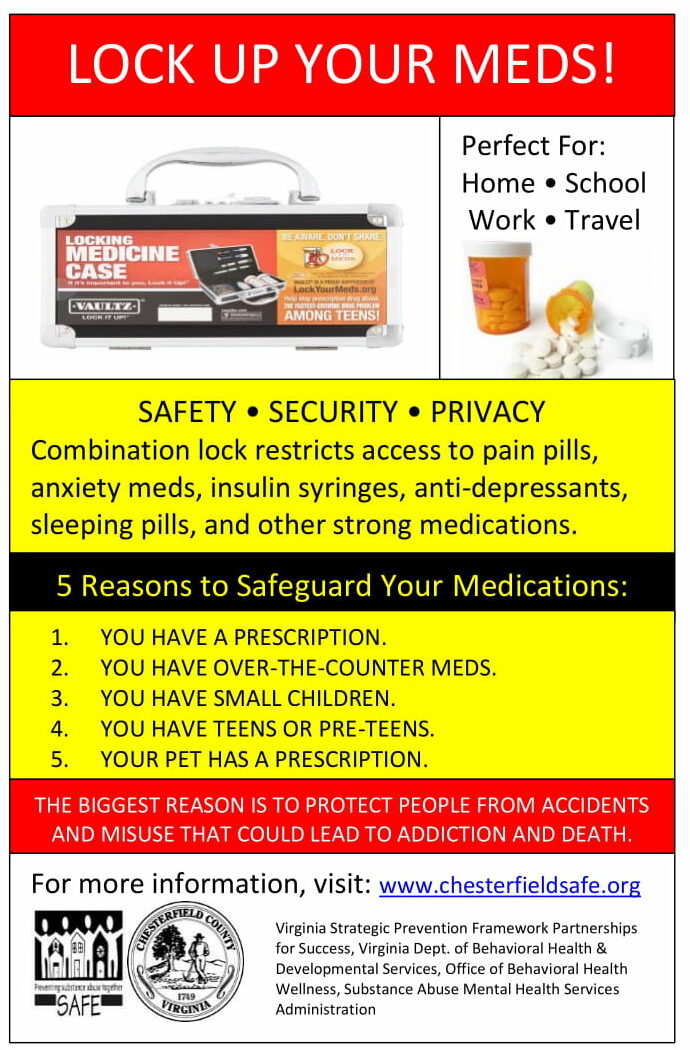 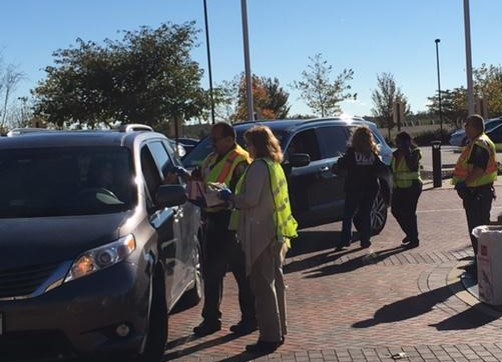 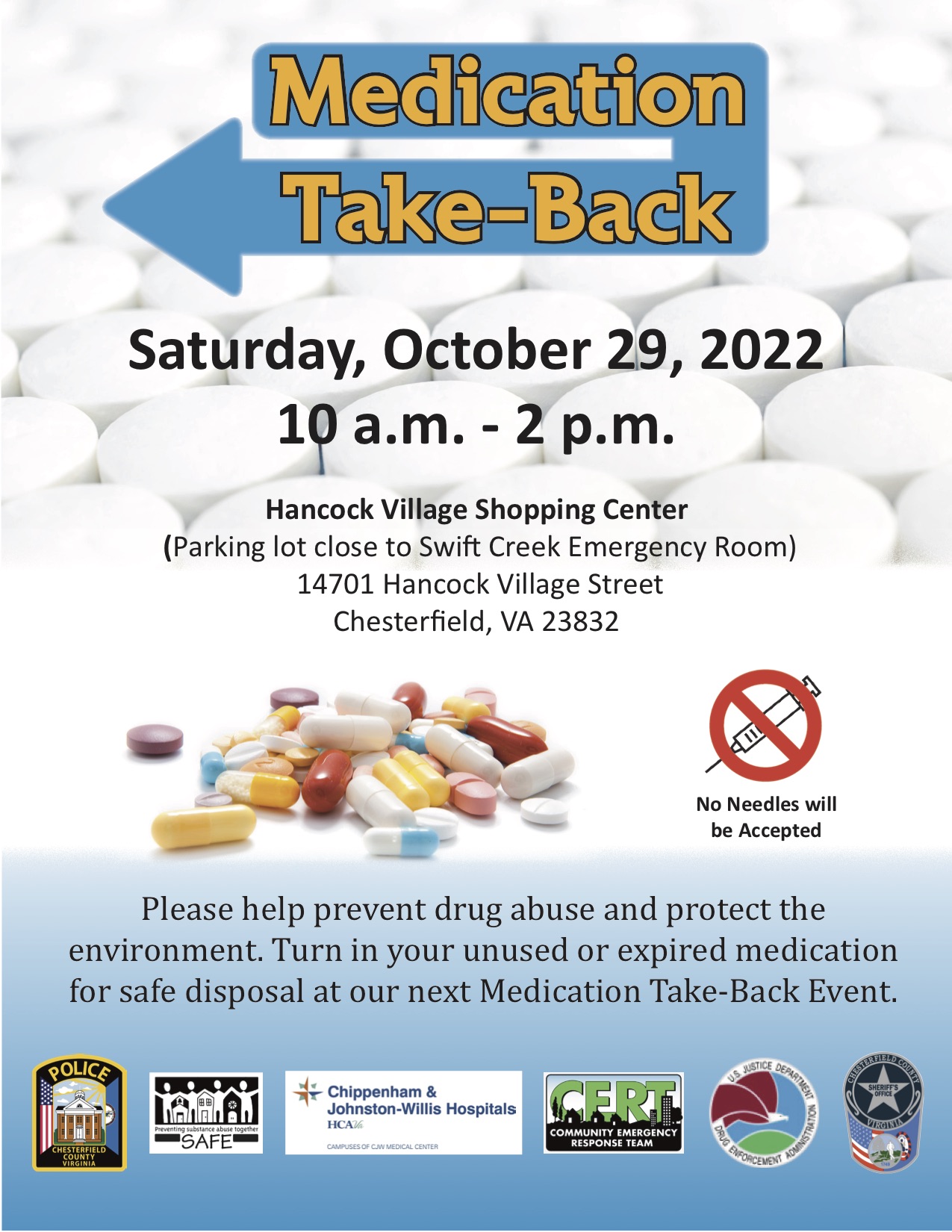 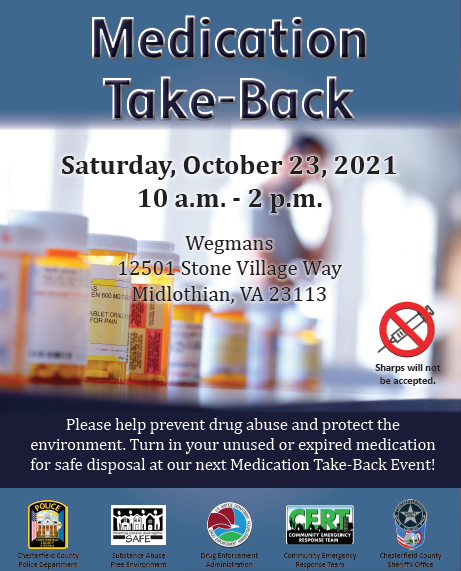 CHESTERFIELD COUNTY, VA — Prescription drug abuse is a national epidemic and drug overdose is the leading cause of accidental death in the U.S.

Through the month of March, Chesterfield County is promoting the proper disposal of expired or unused medications through its “Don’t Be An Accidental Drug Dealer” campaign, which provides free medication disposal pouches for pick-up at various locations throughout the county.

The biodegradable bag can be safely disposed of in the trash.

According to the National Institute on Drug Abuse and Centers for Disease Control and Prevention, nearly 61 percent of people ages 12 and older who misuse and abuse prescription pain relievers receive them from friends or family members. That’s why it’s so important to properly dispose of expired or unused medications.

Residents can pick up their free medication disposal pouches at the following locations:

Additionally, residents are encouraged to participate in the next Medication Take Back event, hosted by the DEA, from 10 a.m.-2 p.m., Saturday, April 25 at Wegmans, located at 12501 Stone Village Way in Midlothian.

Expired and unused medications also can be safely disposed of year-round using the disposal box at the Chesterfield Police Headquarters at 10001 Iron Bridge Road.

Learn more ways to ‘Not Be An Accidental Drug Dealer’ by visiting www.chesterfield.gov/health. 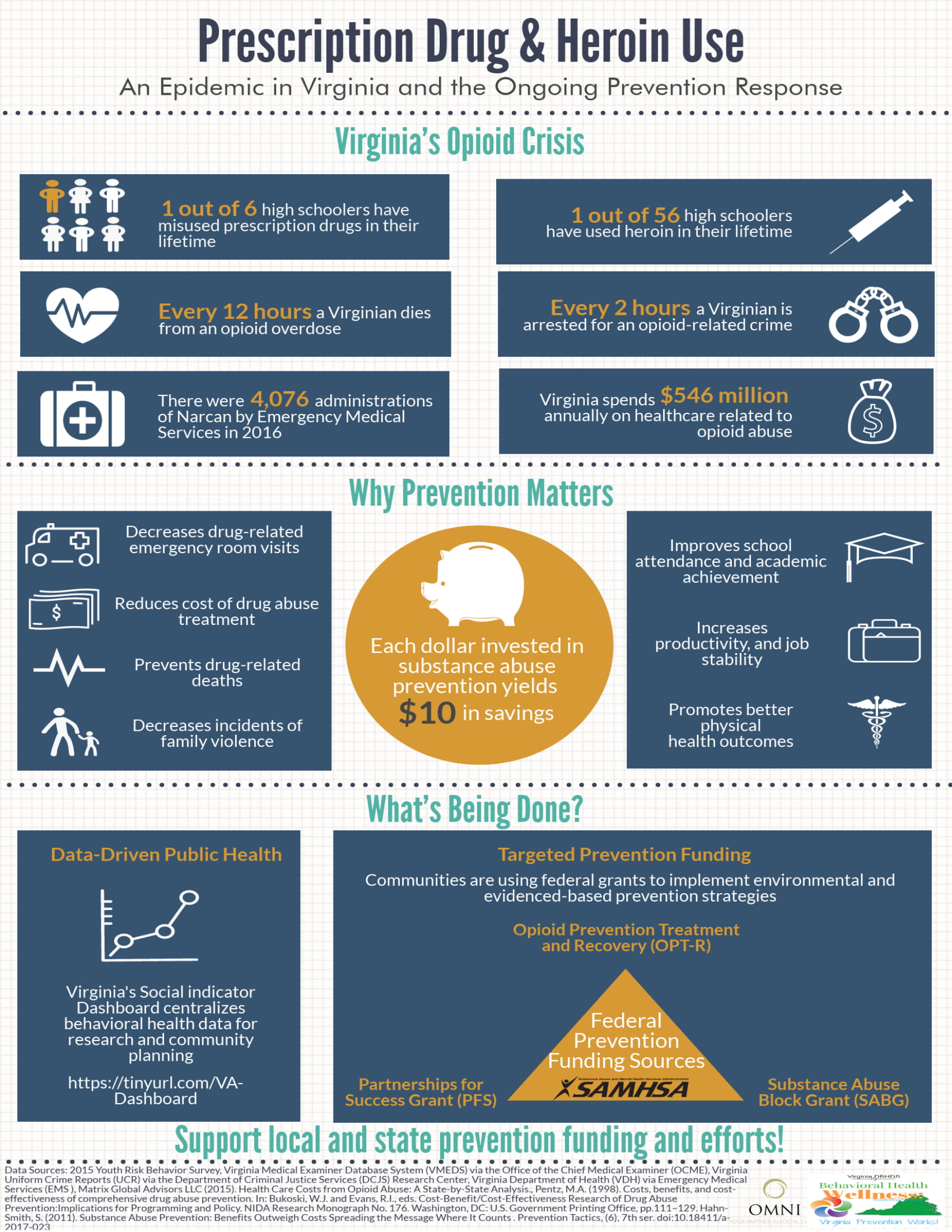